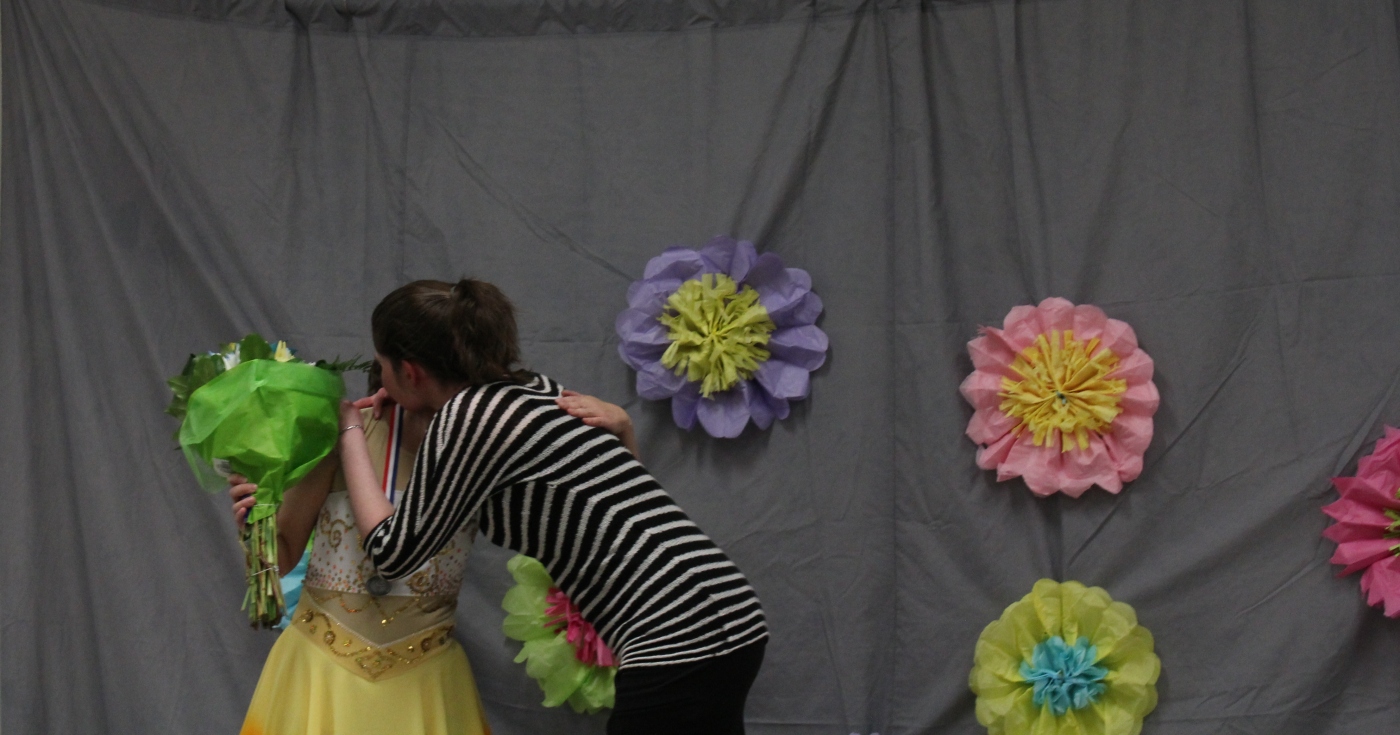 I hugged the silver medallist yesterday at the Stony Mountain on Ice Competition.

As I stood on the top of the podium, before the gold medal was strung around my neck, I embraced my competitor and said, “Thank you.”

Those words probably left her baffled.

In 1989, I won the Interlake Interpretive Competition. Back then, interpretive was different. The music was chosen by the host committee – in this case the Selkirk Skating Club. On ice, we listened to the music twice. I’d hear it again as the previous skater preformed, though I couldn’t watch them skate.

Despite my win, there was an issue. The Selkirk Skating Club didn’t have a podium. So, I was awarded my gold medal on the ice, literally. In my adolescent skating career, I never won another gold medal in singles.

The 2016 Stony Mountain on Ice competition was important – I wanted to stand on the top of the podium. I’m sure few people enter the Epilepsy Monitoring Unit and inform their doctor, “I have a competition on April 2nd, and I’m not missing it.” 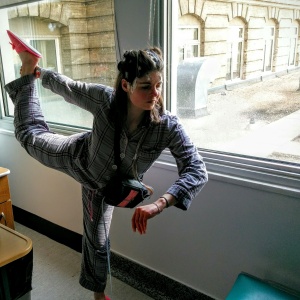 Everyday in the hospital bed, I ran through my program in my head. I’d listen to the music. Over and over. And I envisioned being in the gold medal position.

When I was released from the EMU on March 31, I knew I had to conserve my energy. I was running on pure adrenaline. While the program ran through my head, I’d never performed it on ice. I hoped the saying was true: sports is 80 per cent mental and 20 per cent physical.

My interpretive music, “Breathe Me” by Sia, was on repeat last Friday, the day of the competition. Driving to Stony Mountain Saturday, it spun in the CD player like “The Wheels on the Bus Go Round and Round.”

But I had a split second of doubt when I saw my fellow competitor’s dress. It was gorgeous. She looked like a fresh tulip. I was tempted to rush to the second level and buy a dress from the onsite vendor. But, I calmed myself.

I paced. I retied my skates. I squeezed my bear. And I skated. And I fell, exactly where my mom laughed when she heard the lyric “Help, I have fallen again” and told me not to fall.

I thought. A fall. An unpolished program. Surely, I’d receive silver. I reviewed the footage, videoed by my husband, and I laughed. Making it to the competition was a personal success. Missing top spot, I thought I’d be okay.

The results hadn’t been release and the skaters eagerly awaited the results upstairs. And I saw the podium. Namely, the top step.

After visualizing myself in that position so many times, I wanted to be there so bad.

I was emotional. As I walked to the podium, those two weeks flooded back. The stress and worry, and 11 days in the Epilepsy Monitoring Unit. As bizarre as it sounds, when the medal was strung around my neck all I thought was, “It was worth it.”

I doubt the silver medallist knows my story, but this competition kept me going. Somewhere else for my mind to go instead of focusing on what was happening in the EMU. A happy place instead of reality.

My program forced me out of comfort zone. And I needed someone to push me.

And for that, I’m forever grateful to her.